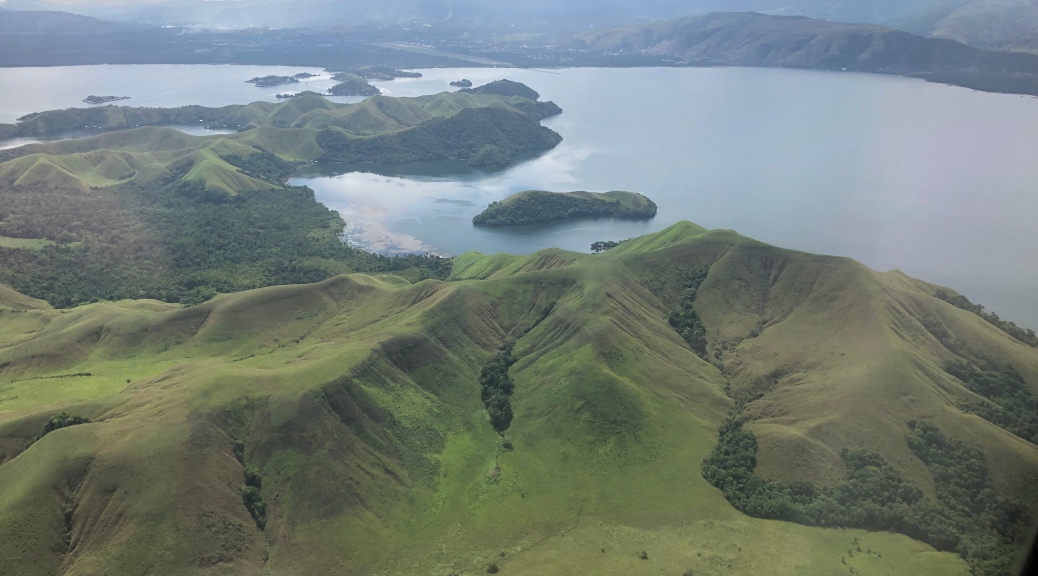 Papua is the the final frontier, the easternmost province of Indonesia. Don’t mix it up with Papua New Guinea, which is an independent state, both located on the word’s second biggest island called West Guinea. Its major city is Jayapura with an AirPort in Sentani, a town close to the city, located near the beautiful Lake Sentani. The infrastructure of Papua is mostly based on reasonable inland flights.

Papua formerly known as Irian Jaya can feel like a different country. Once you have arrived there you can explore a kaleidoscope of cultural, natural, and ecological diversity, which is unique in the word.

More than 80% of the population are Christian. There is also substantial practice of animism, the traditional religion for many Papuans.

Papua is probably derived from the Malay word papuwah (“fuzzy hair”). In 1545, a Spanish explorer called the island Nueva Guinea. In 1884, the western half of New Guinea was officially recognized as Dutch New Guinea, the northeastern section became German New Guinea, and the southeastern quarter became British New Guinea. In 1905, Australia took over the territory, renaming it the Territory of Papua. After World War II, the British and German territories were combined and jointly administered by Australia as the Territory of Papua and New Guinea. Now, Papua is the biggest province of Indonesia and the highest taxpayer of the land conditioned by the Grasberg Mine, the word’s largest gold mine and three largest copper mine. It is located at the highlands near Puncak Jaya also known as Carstensz Pyramid (4.884m), the highest mountain in Papua and also one of the Seven Summits.

The stunningly beautiful and lonely withe beaches of Papua are still not frequented by western visitors. You will face an extraordinary untouched natural beauty accompanied with local authentic atmosphere, mightily friendly and hospitable people and on top on this delicious traditional meals for cheap prices.

Probably you will arrive on Papua at the Sentani Airport. Sentani offers a great first sight and step to Papua, which is still a hidden place for western visitors.

You can easily spend some couple of days in Sentani, roam around the lake, visit villages, get the first breeze of Papua, take the chance to acclimate but don’t except to much, Sentani is a busy town – nevertheless I loved to discover it.

There is a plenty of Indonesian hotels but the best choice offers Izy Guesthouse with nine spatial, clean and pretty bungalows with attached bathroom owned and managed by a charismatic lady called Sherly. She speaks a beautiful English then she has spent a lot of time in Australia and Papua New Guinea. The guesthouse has a nice garden with a cozy canteen where you can have tee and coffee the whole day, breakfast is also included.

It takes only two hours from Sentani to Biak Island by aeroplane. You will arrive in Biak City which is the largest population centre on the south coast. The rest of the island is thinly populated with small villages.

Biak itself and the small islands to the south of Biak offer a plenty of beautiful white beaches and great diving and snorkelling spots. You will truly find yourself in paradise.

Heading to the north of Biak you will cross nice and tidy villages. It takes a 2 hours ride by motorcycle from Biak City to Wafsarak Waterfall. 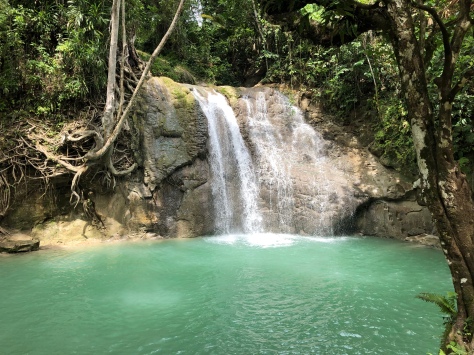 On the way to Wafsarak you will pass by the beautiful Batu Picah Beach.

Close to Biak City there is a historical site, the huge Japanese Cave which remembers on the Battle of Biak (1944). In World War II, a strategic airfield of the Imperial Japanese Army was located on Biak, serving as a base for operations in the Pacific theatre. American forces eventually captured the island killing 4.000 Japanese solders during the battle.

There is only one Guesthouse out of the city which is in Bosnik village, the Bosnik Beach Guesthouse. It is owned by Ibu Augustina (Phone: 0062 (0) 852 4403 2326), a very kind and diligent lady who speaks a good English. The tidy wooden house has a couple of nice stylishly furnished rooms, those which face the see with attended bathroom. Traditional breakfast is included and it offers a great base to explore the surrounding white sanded beaches of Eastbiak.

There is a market in Bosnik which gets busy three times a week, it is really worth of a visit.

Baliem Valley – one of the world’s last fascinatingly traditional areas

Wamena and the Baliem Valley

One of the unforgettable treasure of Papua is Baliem Valley, a place of an everlasting culture and untouched tribal life of Papua’s native inhabitants. The stunningly beautiful Baliem Valley lies high up in the mountains of central Papua at an altitude of 1.600 meters above sea level, hemmed in by steep green mountain walls.

Baliem Valley is 72 km long, and 15-31 km wide in places. It is cut by the Baliem River, which has it source in the northern Trikora Mountain. It gets very cold in the night (around 12-15 degrees Celsius) and it is mostly sunny and warm by daytime.

By trekking, you can witness traditional ceremonies, traditional markets and the way of life of the Dani tribe.

Even if time is changing quickly the valley and surrounding highlands remain one of the world’s last fascinatingly traditional areas. Visiting the Baliem Valley and trekking through high mountain scenery, takes you to places, which you could never ever have imagined.

The main town and base centre of the area is the fast rising Wamena. The town is nothing special but offers good opportunities for shopping food and also souvenirs. There are some hotels and guesthouses in Wamena. Baliem Guesthouse belongs for sure to the best choice lodgings of the town. The prices of the clean and nice rooms starts at 400.000rp, breakfast is included.

The internet is a bit slow in Wamena, the interior of the valley has no net at all. There are some villages with small kiosks but it is good to take your own food. If you are planing to spend a night or more in the interior the villagers will be happy if you bring them coffee and sugar or rice, they will offer you a place to stay. 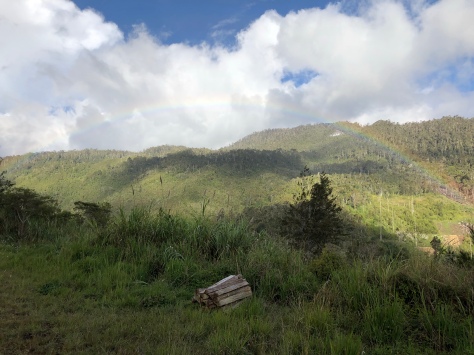 If you have any questions don’t hesitate to contact me.